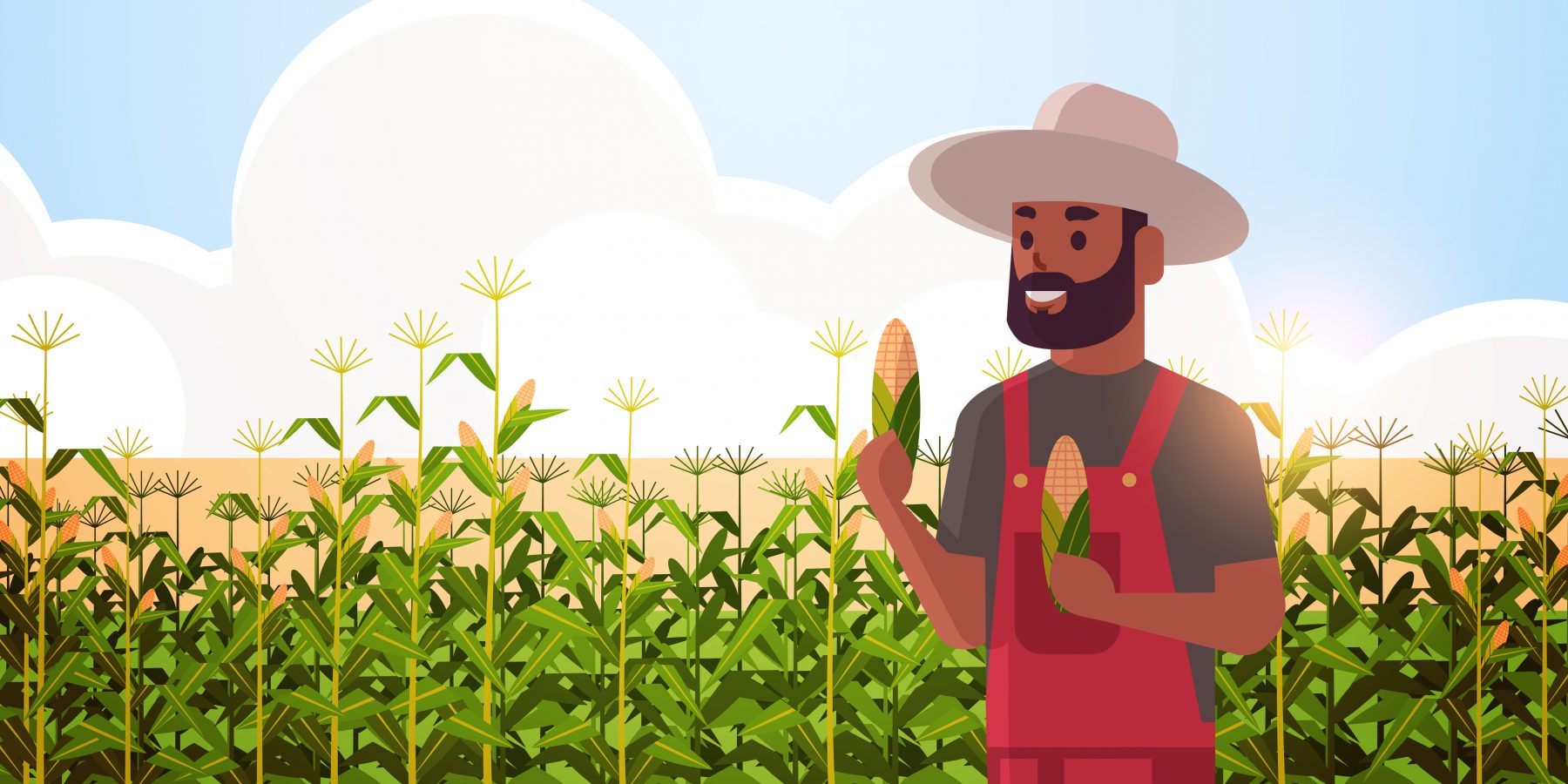 Each February, we have the opportunity to reflect on and celebrate the contributions of Black Americans. Those of us in the agricultural industry have plenty of African American inventors and farmers to thank for the advancements that make our jobs today possible. At Gills Onions, we are proud to have a diverse workforce that strives to serve our communities and, of course, provide them with the world’s best onions.

Here are seven Black farmers and inventors that you should know about and remember the next time you fill your plate.

Henry Blair was the second African American in history to be issued a United States patent. Born in Maryland in 1807 as a free man, Blair was a successful farmer, but he saw a need for more efficiency and smarter labor.

His first invention was patented in 1834 as a “Seed-Planter” designed specifically to make the process of planting corn faster and simpler. A compartment stored and dropped seeds into the ground while attached rakes followed along behind to cover the seeds with soil. Two years later he received his second patent for a “Cotton-Planter” that was pulled by two horses as it dropped cotton seeds into freshly plowed soil.

These inventions revolutionized the task of planting each individual seed by hand and made it easier for farmers to plant more in less time. Today, we see Blair’s influence in the mechanized farming machinery we use to plant and harvest onions on thousands of acres each year.

George Washington Carver is one of the most notable agricultural scientists and inventors of the modern American era. Realizing that soil in many southern states had been stripped of essential nutrients like nitrogen from repetitive cotton planting processes, he developed a new method for crop rotation. By alternating cotton crops with other produce like peanuts and corn, nitrogen was reintroduced to the soil and increased its productivity.

Carver also promoted practices that seem commonplace today like composting soil with organic matter. His work benefitted scores of sharecroppers across the United States, and his ideas for focusing on renewable resources and sustainable agricultural practices have never been more relevant than they are today. They’ve informed the Gills Onions Zero Waste Initiative and our creation of “Onion Power.”

Frederick McKinley Jones was one of our nation’s most prolific inventors and entrepreneurs. He won the National Medal of Technology and holds a place in the National Inventors Hall of Fame. Over his lifetime, he took out more than 60 patents, but we are especially grateful for his contributions in the world of refrigeration.

Jones patented a cooling system in 1940 that mounted to the roof of trucks to keep foods cold during extended transportation. Later, it was also used on boats, planes, and railroad cars. During World War II, his invention helped to preserve blood, medicine, and food for transportation between battlefield camps and hospitals. Today, we’re able to ship our onions across the country and keep them fresh longer than any other onion in the market thanks, in part, to the modern version of Jones’ refrigerated trucks.

Booker T. Whatley is a unique but important addition to our list. As a horticulturist and professor at Tuskegee University, Whatley wrote and published the book How to Make $100,000 Farming 25 Acres in 1987. His book became popular with small farmers and large producers alike.

Whatley’s book offers smart and sustainable ways that farmers can minimize cost and waste while maximizing income and farm space. He also introduced the idea of community supported agriculture where local consumers could pay to receive or pick their own fresh produce directly from local farms, saving both labor and time for farmers.

These ideas have spurred the movement to know your farmer and appreciate what is on your plate, both causes that are near and dear to our hearts.

Booker T. Washington is a well-known figure in Black History. His work to promote Black education and equal opportunity paved the way for generations of Black scientists, inventors, and entrepreneurs. His involvement with The Second Morrill Act of 1890 forbade racial discrimination in college admissions for schools that received federal funding, which opened the door for many Black people to study agriculture at the university level.

Education is essential for agriculture. As we learn and study, we can better understand how to keep our soil healthy and productive for the future.

John W. Mitchell was a Black educator and extension agent who worked tirelessly to improve the livelihoods of African American farmers in North Carolina. He famously commuted by bicycle or horse between three counties to organize farmers under the Eastern Columbus Credit Union. This allowed farmers to buy supplies together in bulk and cut costs, a method that set an example for other states and farmers to follow.

During his lifetime, Mitchell also helped build one of the largest Black 4-H Clubs in the early 20th century. After World War II, membership in these 4-H Clubs soared, and Mitchell helped organize camps and competitions for Black youth to hone and demonstrate their agricultural skills. We’re grateful for his emphasis on education and his dedication to encouraging youth in agriculture.

John W. Boyd Jr. is an outspoken defender of civil rights and equal opportunity, especially in the world of agriculture. As a fourth generation farmer, Boyd encountered discriminatory practices at USDA. In response, he founded the National Black Farmers Association (NBFA) in 1995. He has worked with national government leaders, international organizations, and NBFA members across the country to break down barriers and empower Black farmers. Today, the NBFA supports tens of thousands of members.

We’re proud to promote organizations like the NBFA that fight discrimintation and support farms of all sizes across our nation. Join us by learning more about today’s Black farmers.